As a boy in rural Kenya, Waweru Kuria had seen enough. His heart broke when his cousin died of a treatable illness just because his family could not afford the cost of basic healthcare. His stomach ached when his father would return home from his job as a pit latrine digger and yet food for the family was scarce. And his mind became set that he would make a difference.

Waweru’s passion to find sustainable solutions to poverty led him to become an entrepreneur. He believed that profitable business dedicated to Christ was the most dignified way to alleviate suffering and offer hope to his people. Recognizing that passion would only take him so far, Waweru enrolled in Sinapis’ Entrepreneur Academy and Fast Track Accelerator programs.

But increased knowledge didn’t guarantee instant success. His first venture in agribusiness failed. But failure is a teacher. Waweru learned from the experience and became even more determined. You see, Waweru was convinced that God had called him to entrepreneurship.

He kept diving into the problems rural Kenyans face and next created a platform that enables Kenyans to get instant access to microcredit and microinsurance through their cell phone. He called it iNukaPap, which translates to ‘instant relief.’ The concept was personal – if his aunt and uncle had been iNukaPap clients, Waweru is convinced that his cousin would be alive today. 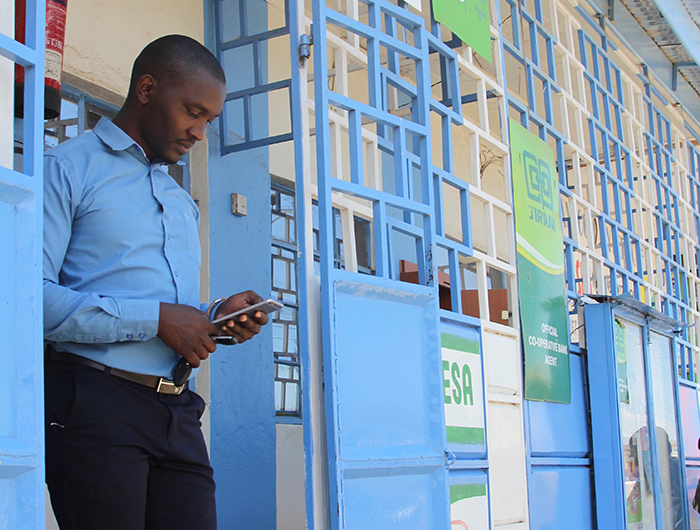 Though iNukaPap was doing well, Waweru knew he could do more. In 2018 he leveraged iNukaPap’s technology to launch a micro-mortgage startup called KodiKodi. Homeownership in East Africa has historically been restricted to the upper-middle class, but KodiKodi makes it possible for aspiring homeowners to repay a mortgage in small increments with smaller down payments. As plots are developed and homes constructed, jobs are created for the local community. So far, KodiKodi has enabled more than 300 people to purchase their first plot of land and begin investing in their future.

When COVID-19 struck in March, the crisis placed immediate economic pressure on Waweru and other entrepreneurs across East Africa. Land sales were delayed as travel restrictions meant that people couldn’t visit the plots of land that KodiKodi is offering. As revenue fell, it became impossible to pay staff their regular wages. Employees began to run out of money to buy food. Waweru and his wife invited several staff and their families to move into his home to ensure that their daily needs were met.

As an experienced entrepreneur, self-pity and inaction were not an option. “I said, okay, so now people can’t buy land. But we have the land. Why don’t we farm it?” With a background in agriculture, he knew pineapples grew well in the region. The story is still unfolding, but he is innovating a model to allow investors to earn an attractive return while creating desperately needed jobs for poor subsidence farmers in the region. 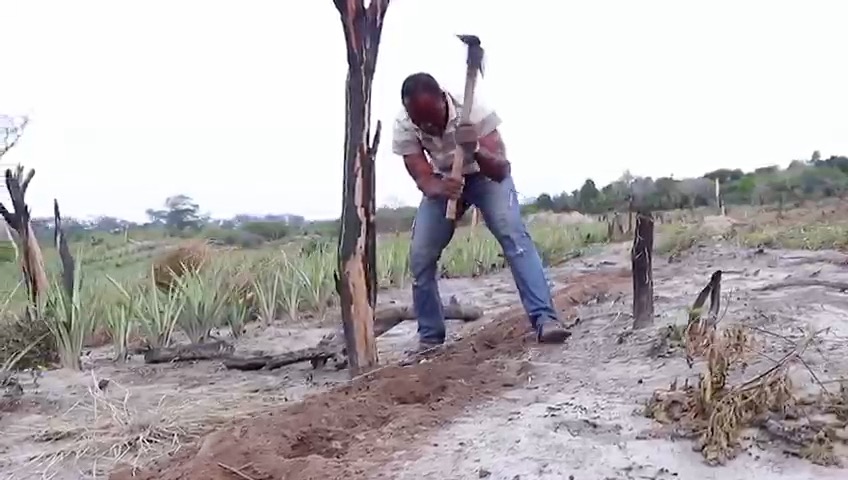 Waweru is a potent example of why we focus on small and growing businesses (SGBs). They are vital to the economic growth of countries around the world. They create and sustain jobs that lift families out of poverty. They become economic engines that solve problems from the inside-out.

Unfortunately these companies are suffering at an alarming rate in the wake of the COVID-19 pandemic. According to a recent report by the Aspen Network of Development Entrepreneurs (ANDE), an estimated 12% of these businesses have already failed, while 49% face a significant possibility of failure.

In response to the crisis, we have transitioned all of our training and ongoing alumni support to digital delivery. Our team is working with entrepreneurs to help them adjust their business models, reevaluate cash flow, and pursue working capital infusions.

We believe that God strategically places entrepreneurs in every market so that they can grow profitable businesses that change lives. In the past ten years, we’ve trained thousands of entrepreneurs in emerging markets. We’ve seen firsthand the economic, social, and spiritual impact that can be made when the right leaders are equipped with practical business training, discipleship, advisors, and access to capital.

Entrepreneurs are far more than the business they are leading. While a company may fail, entrepreneurs adapt and grow, knowing that the end goal isn’t simply betterment of themselves but of their neighbors and communities as well. Like Waweru, they keep creating. For this reason, we focus on the person first, and then their business. From the moment we meet each entrepreneur, we want to invest in all of who they are – the intellectual, the spiritual, and the relational parts of them. Not only does this create leaders who are passionate and confident in their business decisions, but people who are driven by their faith to care for the needs of their employees and communities. Who, like Waweru, say, “We can’t just wait for things to happen to us, we have to make things happen. If I see problems I will solve them. If I see something is missing I will want to fix it.”

In this challenging time, the need for Kingdom entrepreneurs in emerging markets is at an all time high. Now, more than ever, we see the impact that can be made in the lives of countless individuals when we strategically invest in job creators.

Click here to watch our interview with Waweru Kuria from our “Entrepreneurs on a Mission” series.